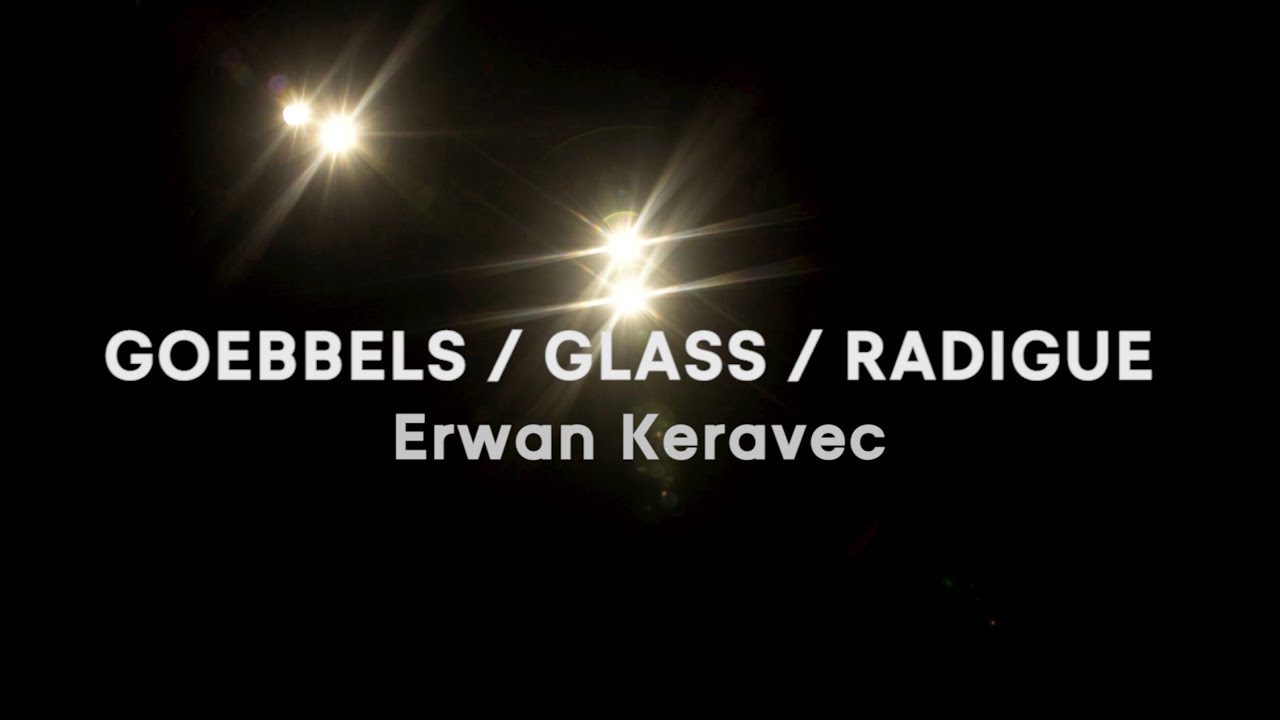 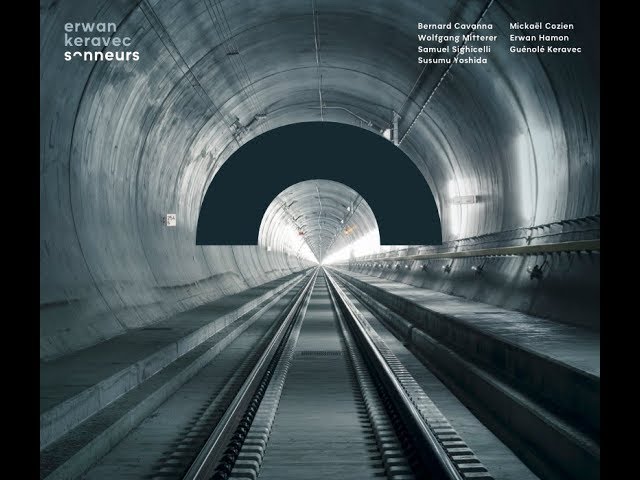 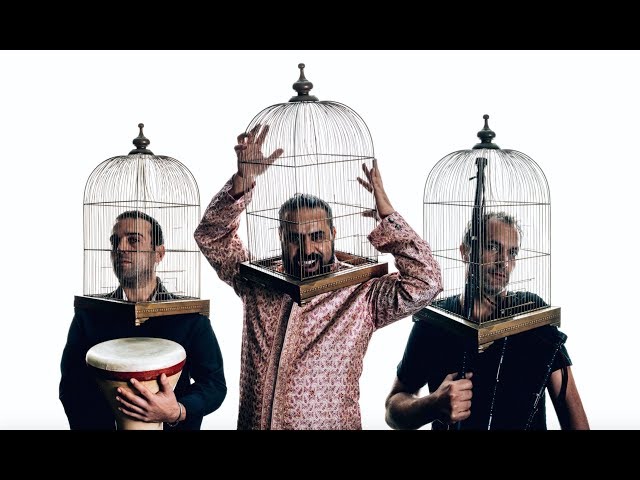 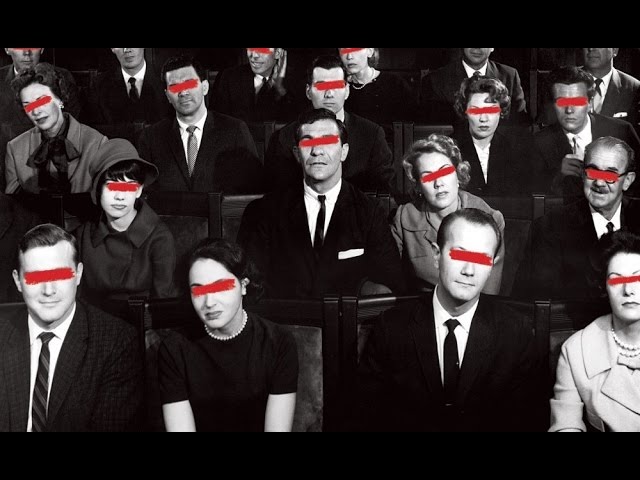 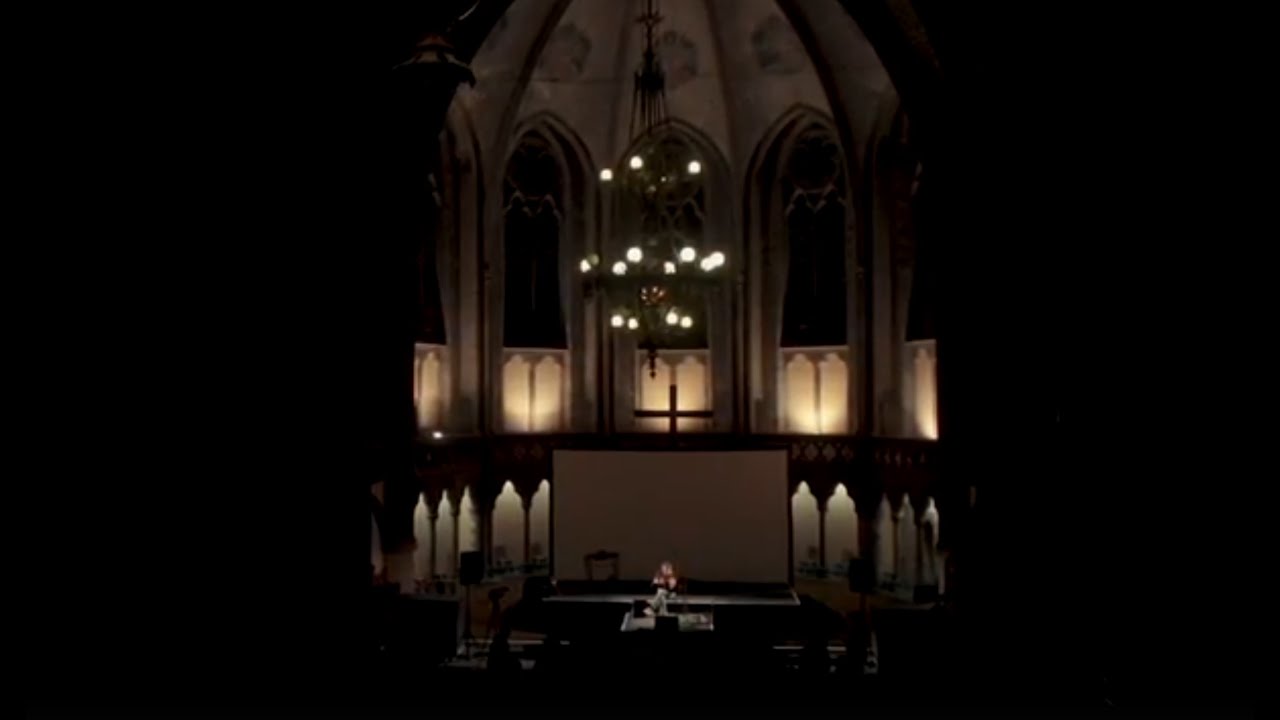 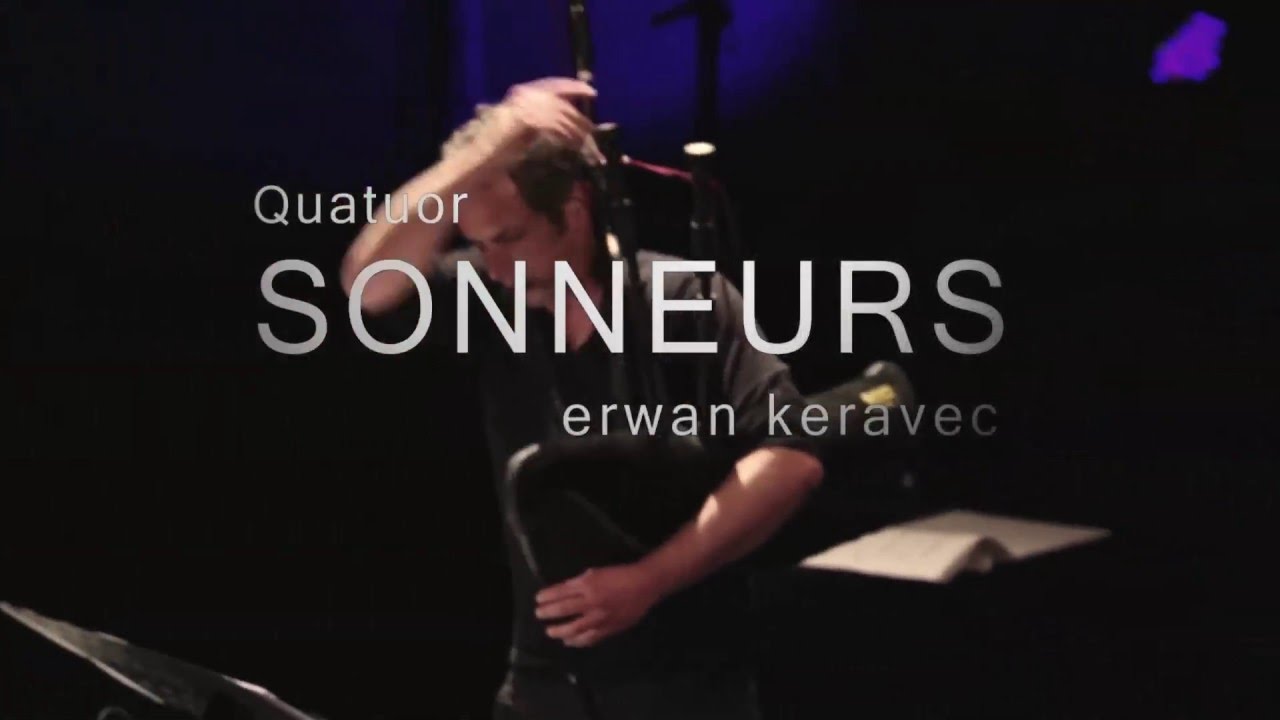 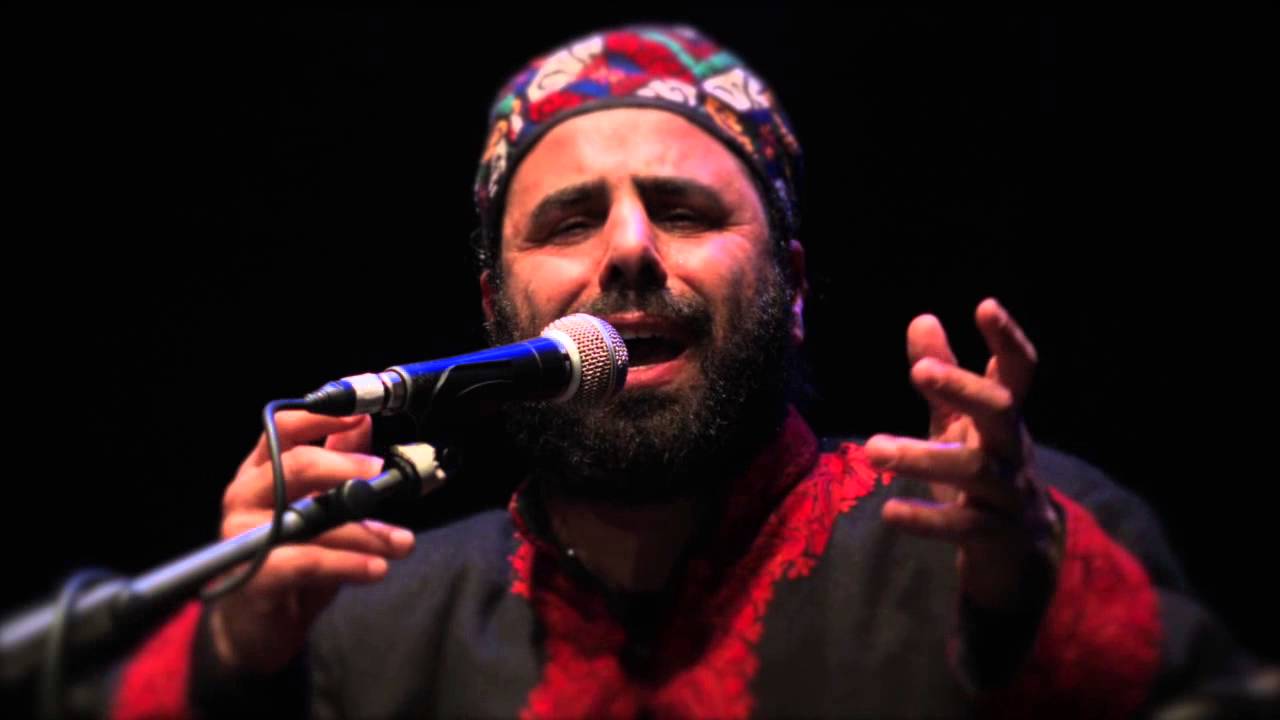 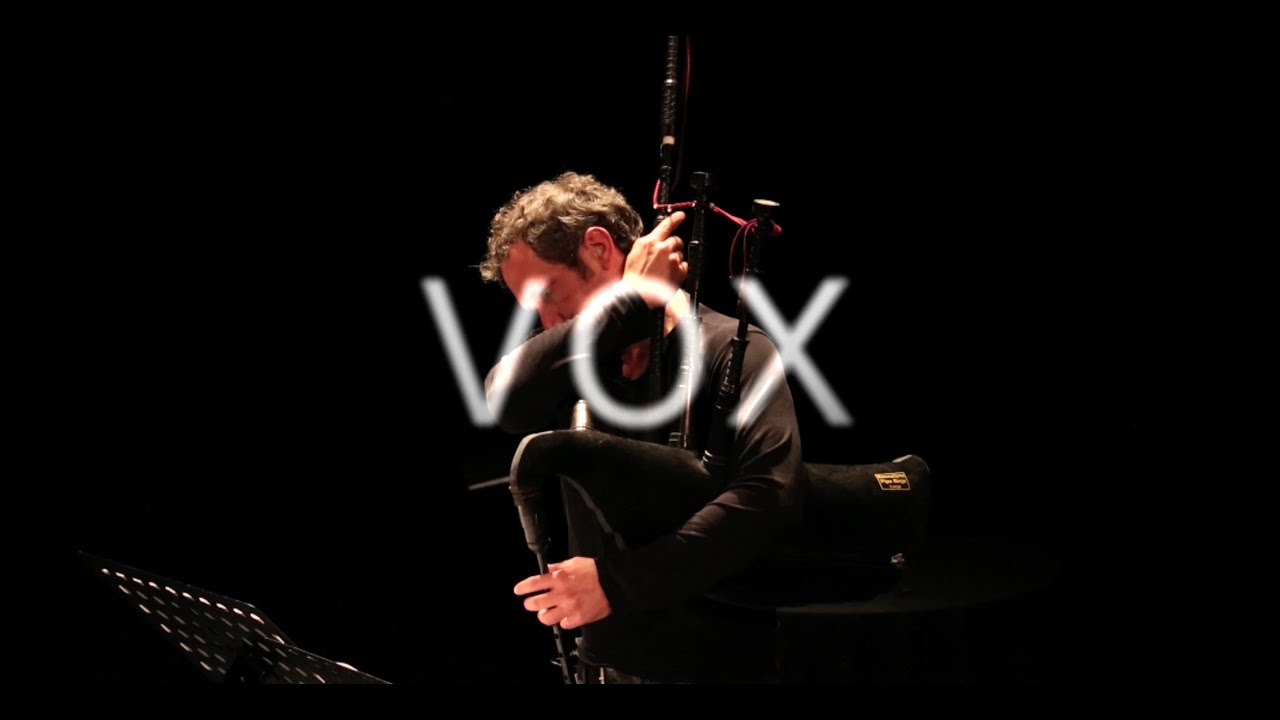 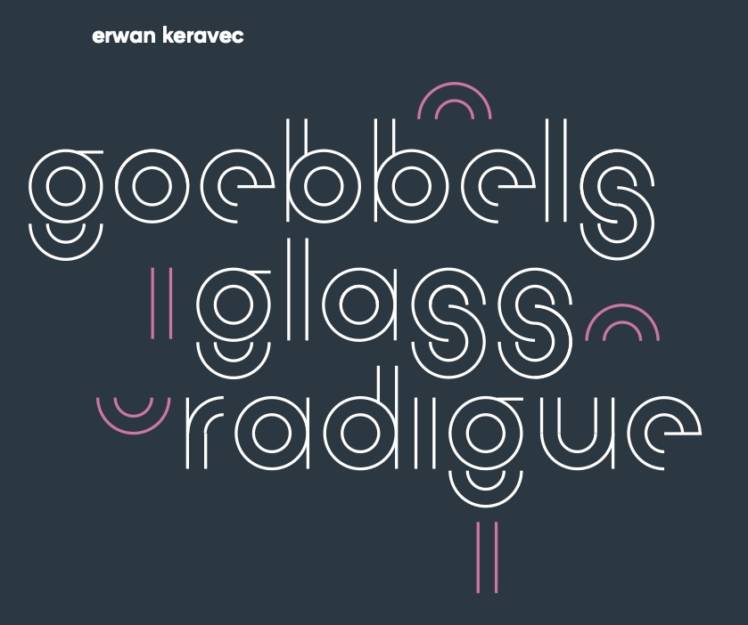 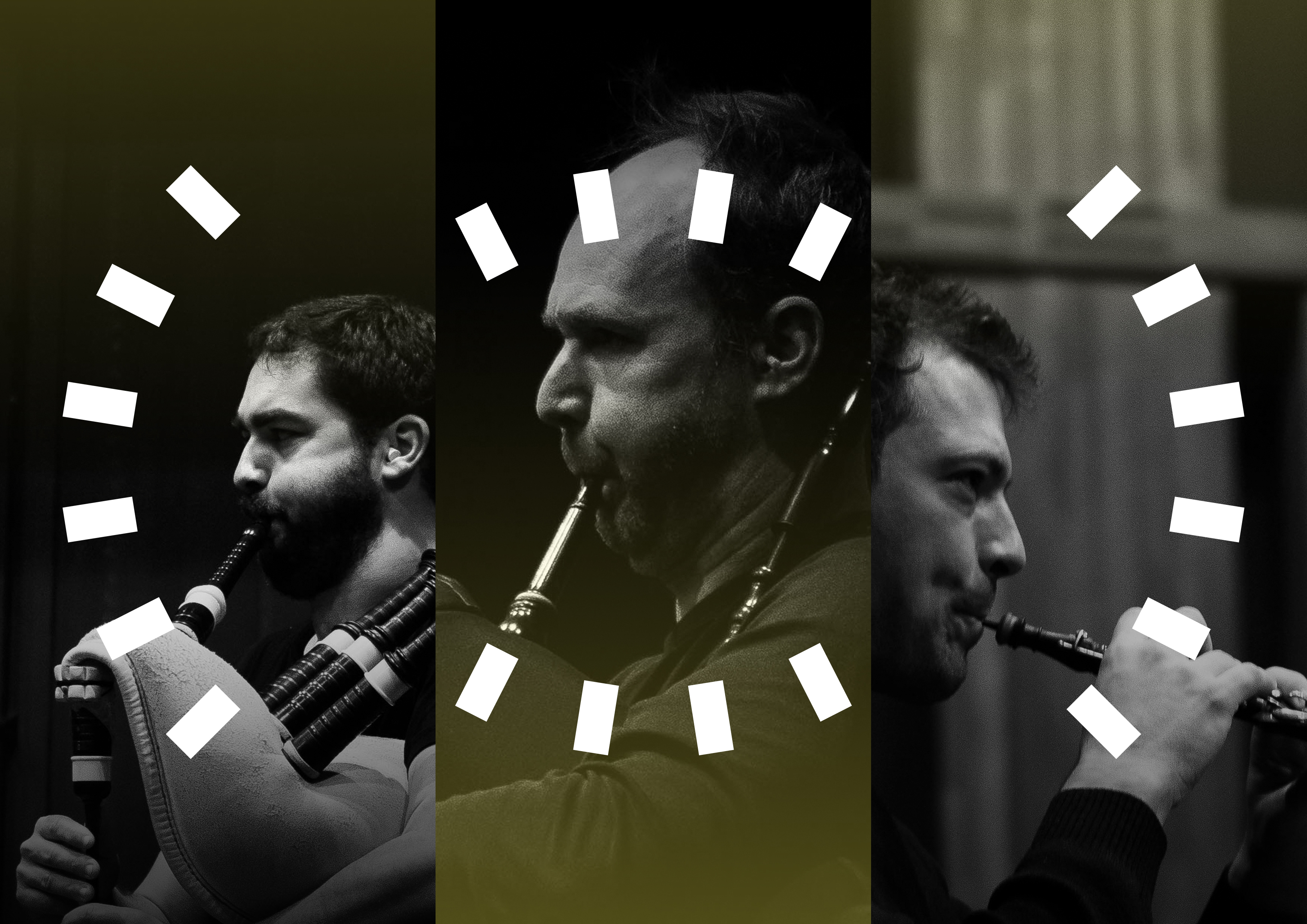 In C by Terry Riley performed by 20 pipers 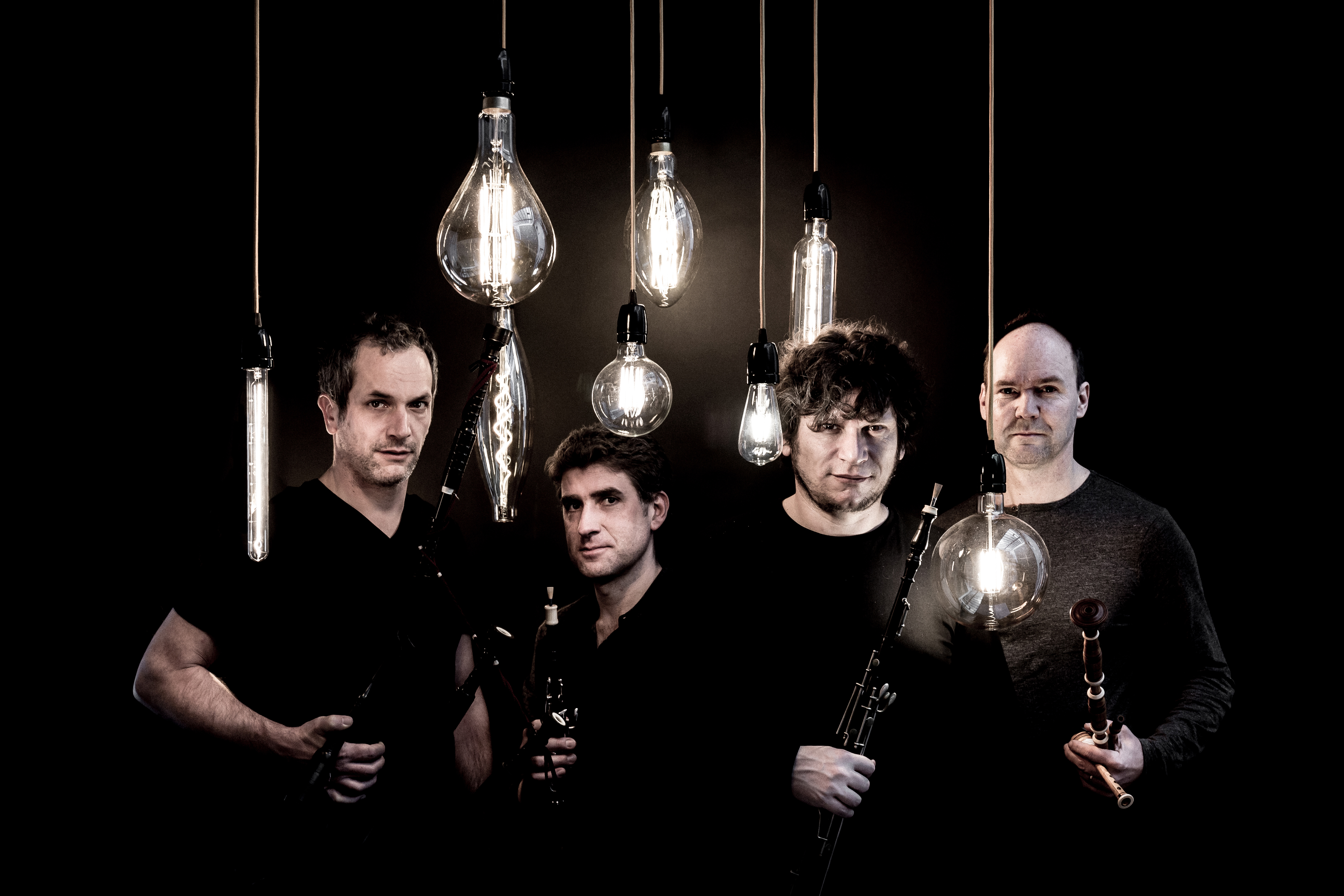 String and wind quartets are two key ensembles in erudite music. A new one is to be added: a piper quartet. Perhaps, one day, this ensemble will become part of the Western erudite music tradition – who knows? 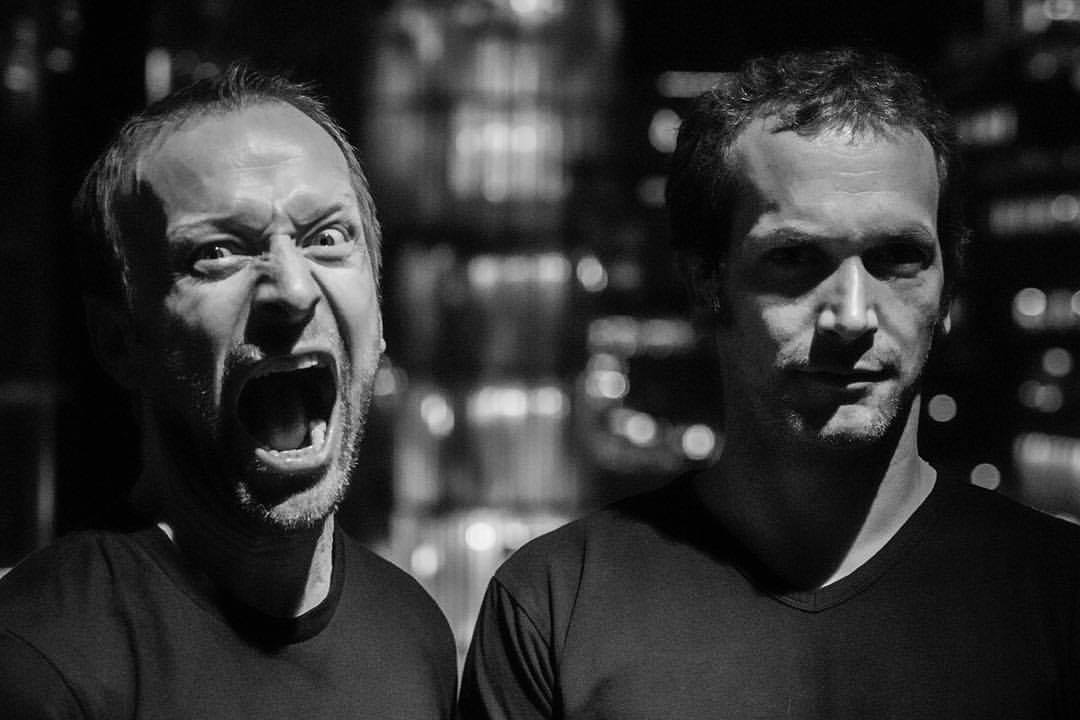 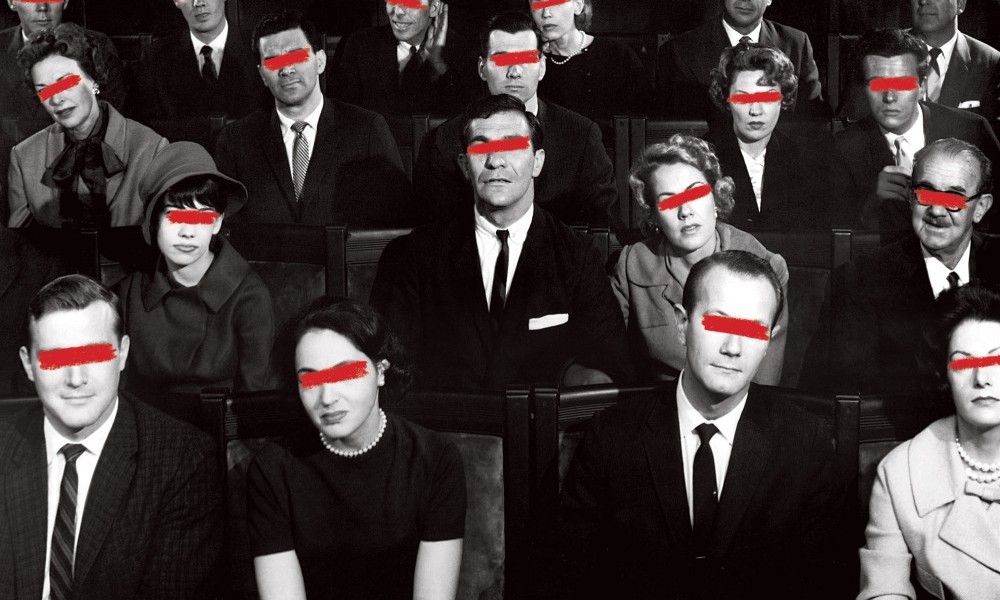 For a blindfolded audience

Music does not need the eyes, at times they can even be an obstacle 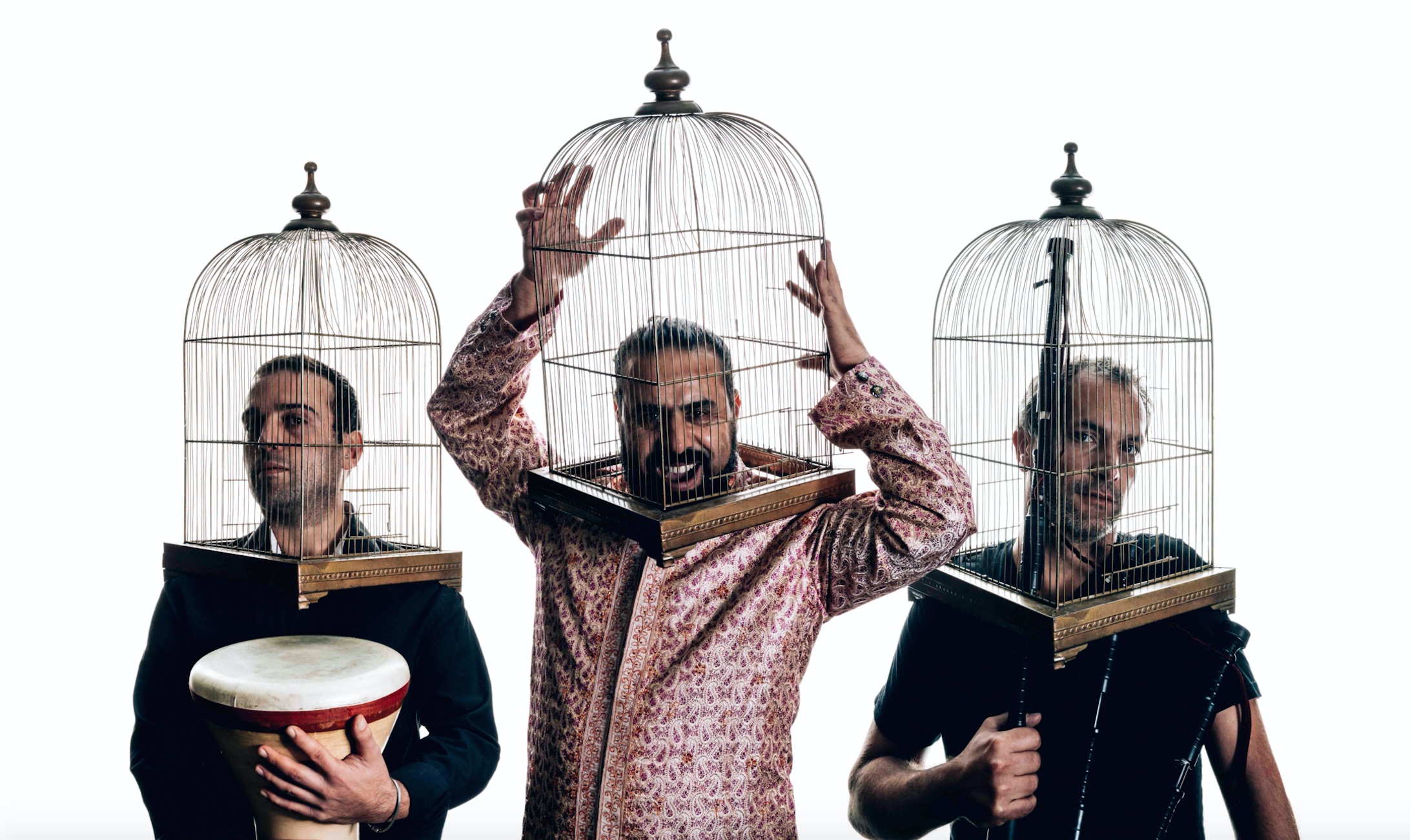 A meeting created within the framework of
La Voix est Libre Festival in Paris and the Irtijal Festival in
Beirut in 2015, in partnership with the French
Institute and the El Chanti Festival in Tunis. 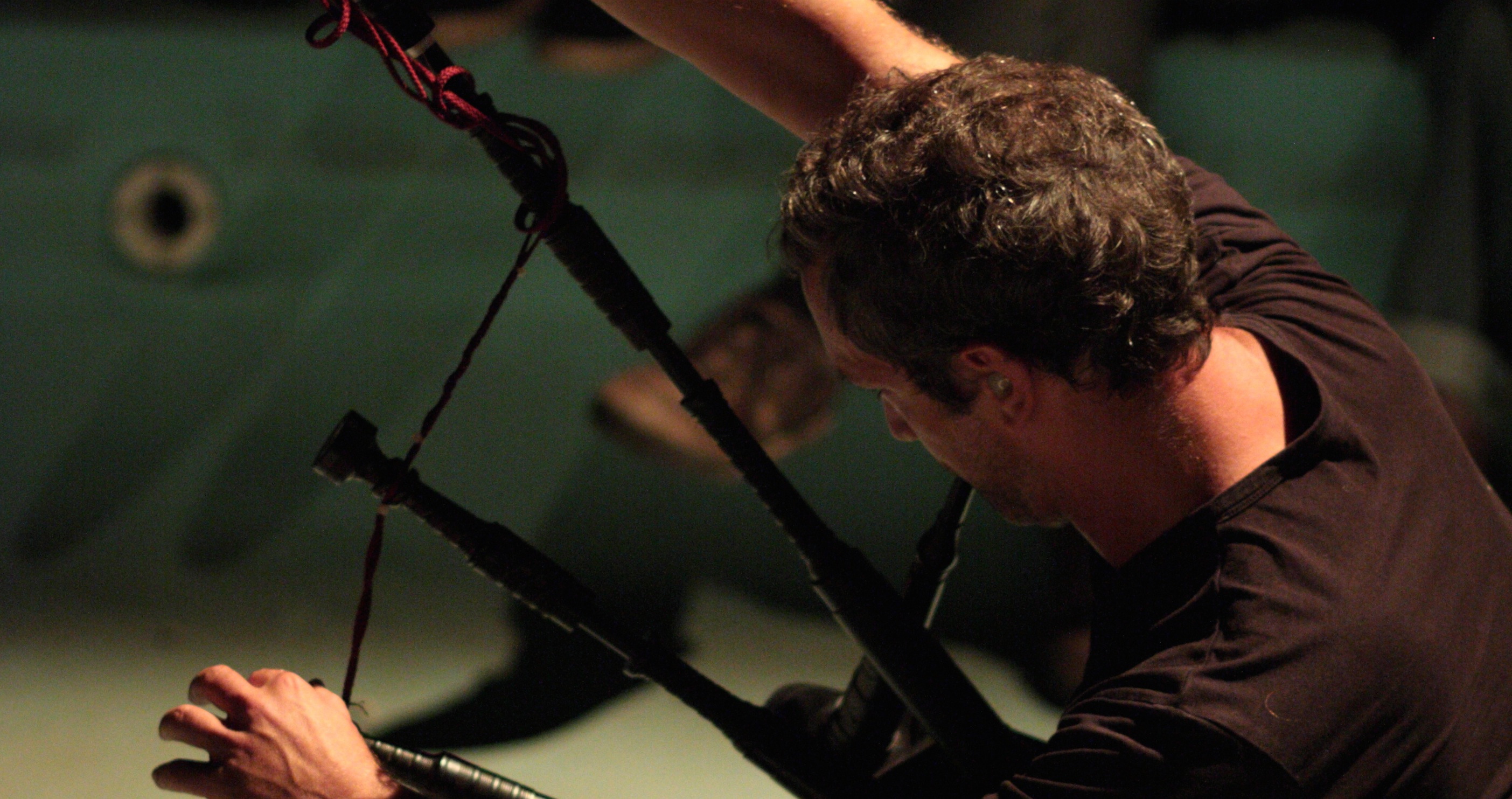 Urban Pipes is a utopia aiming to show that the bagpipe is a universal instrument. To imagine music for solo bagpipe that does not evoke its cultural origin 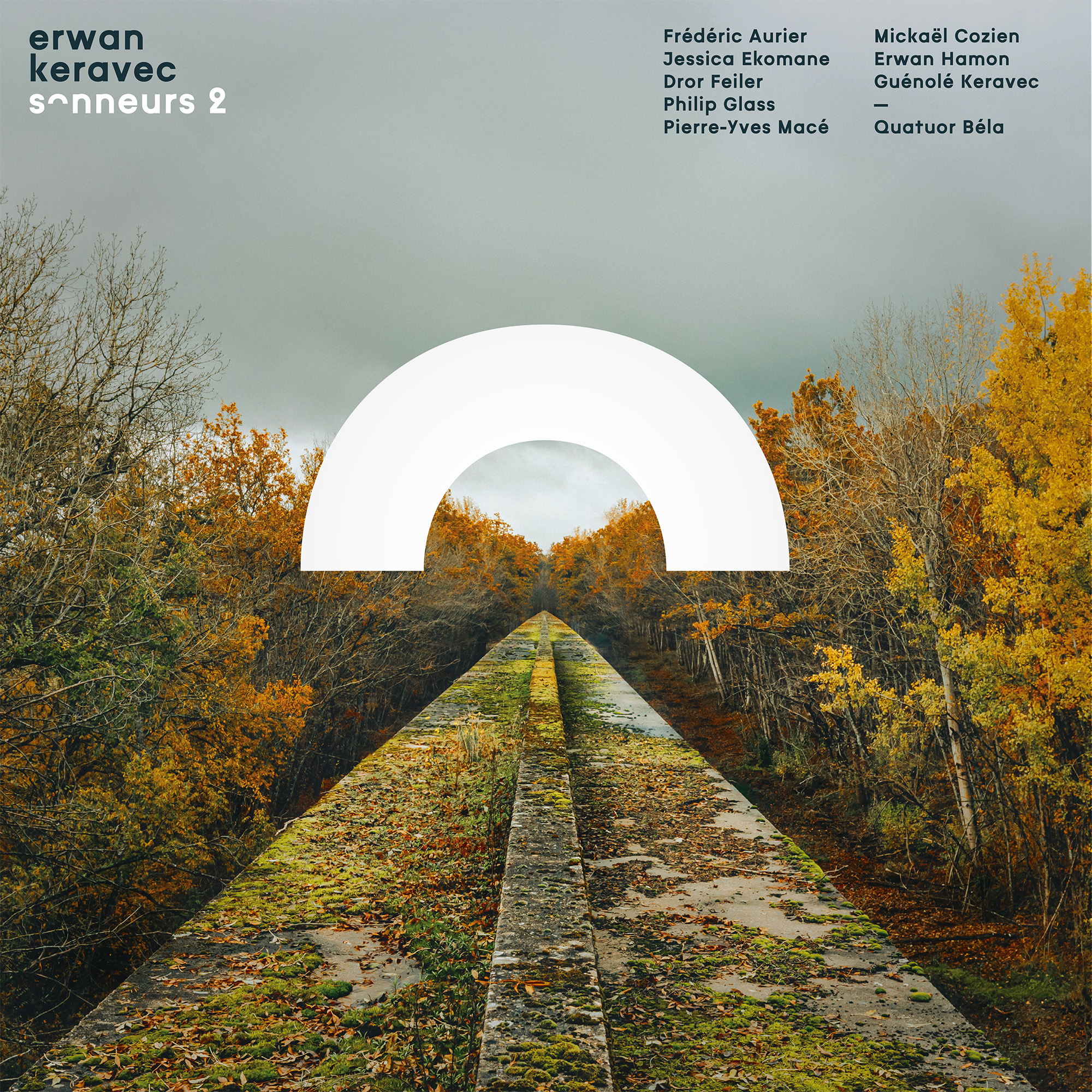 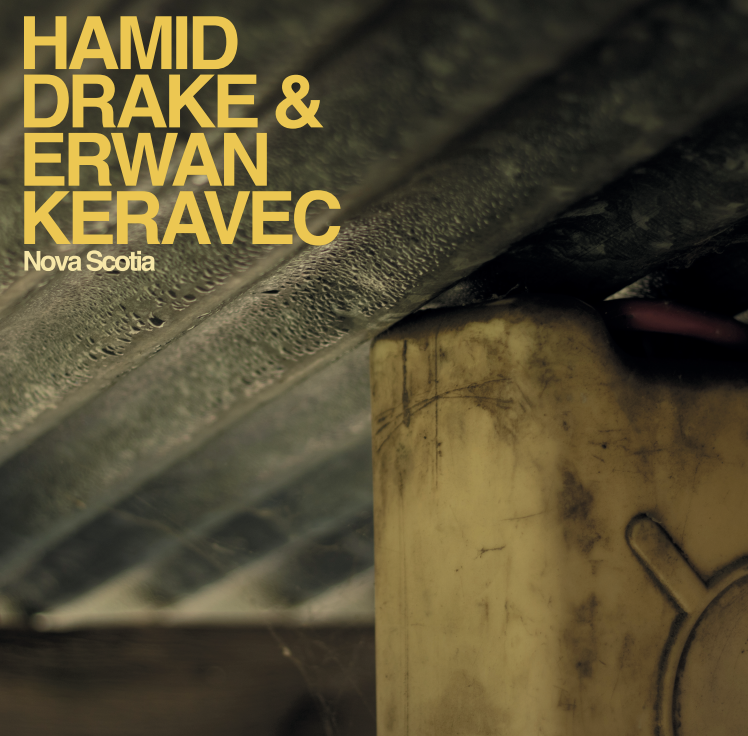 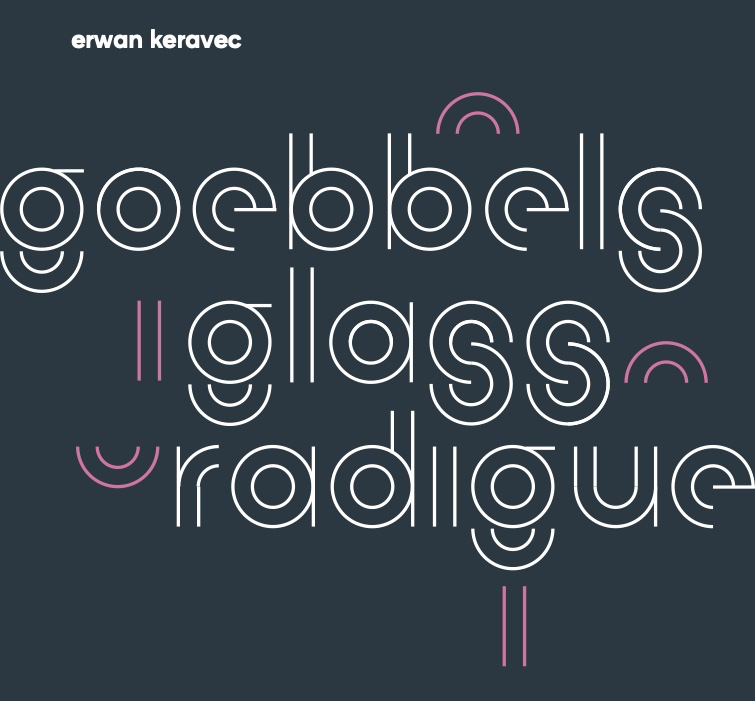 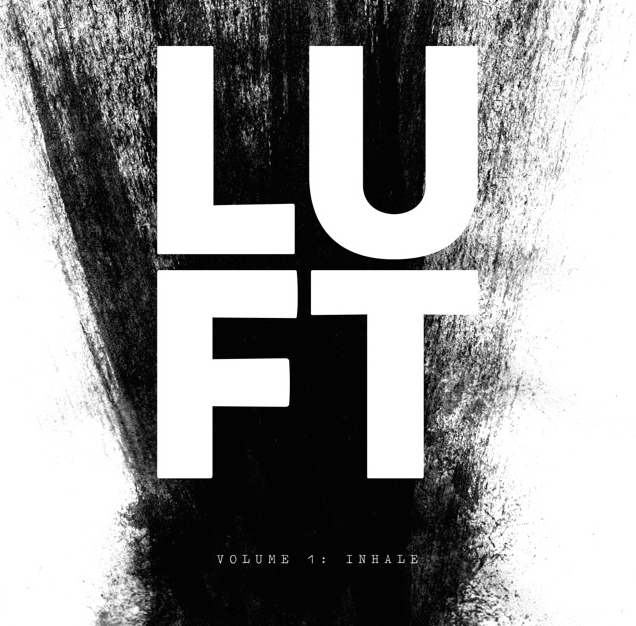 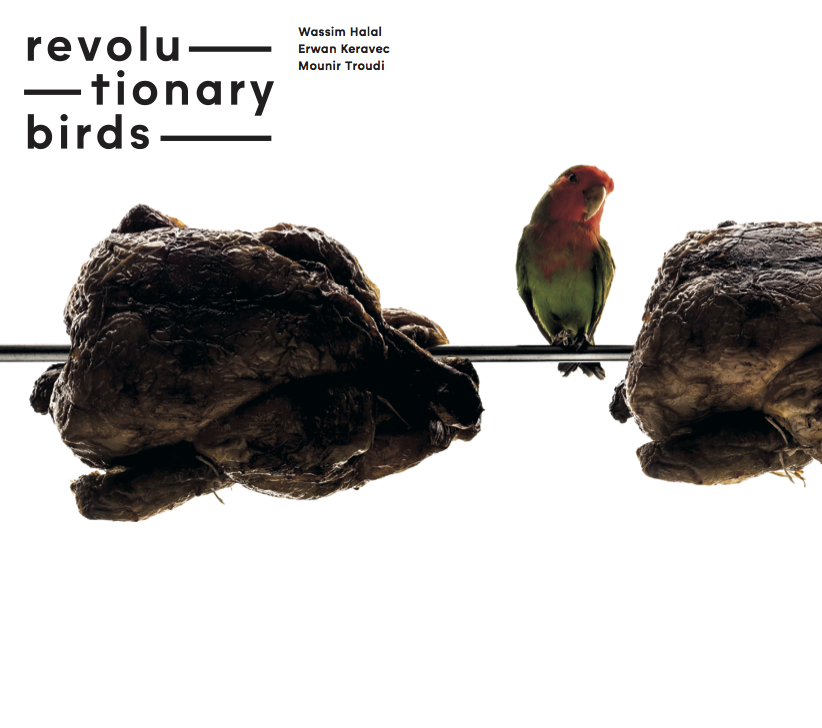 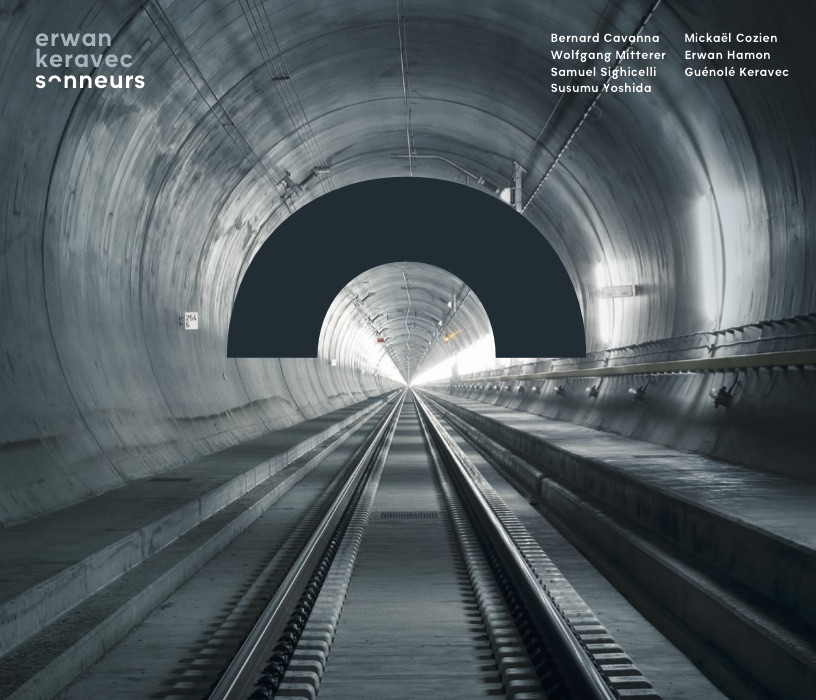 String and wind quartets are two key ensembles in erudite music. Henceforth, with SONNEURS, a new one is to be added: a pipers’ quartet. Perhaps, one day, this ensemble will become part of the Western erudite music tradition – who knows ? 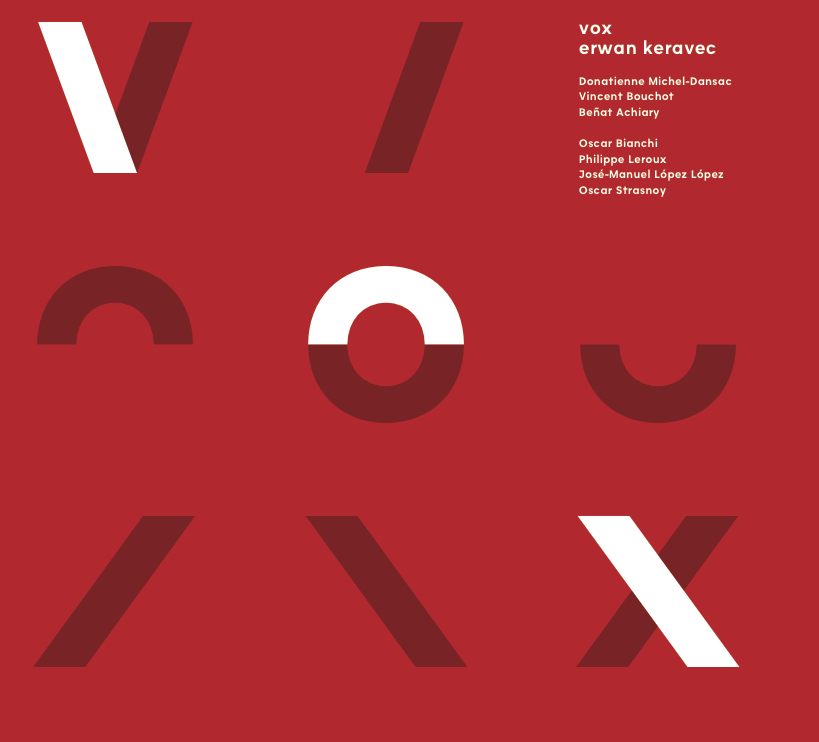 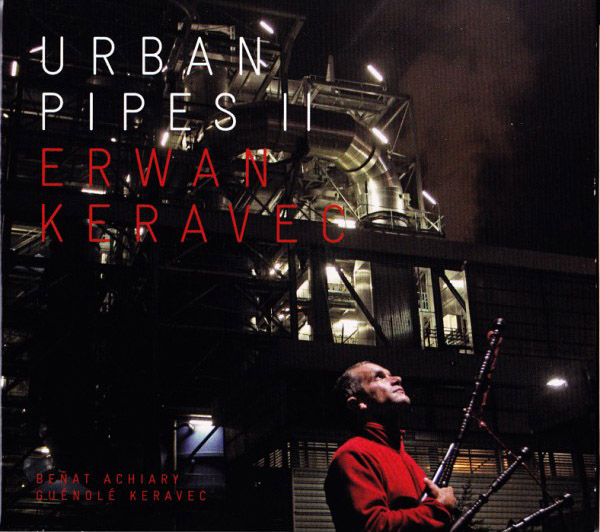 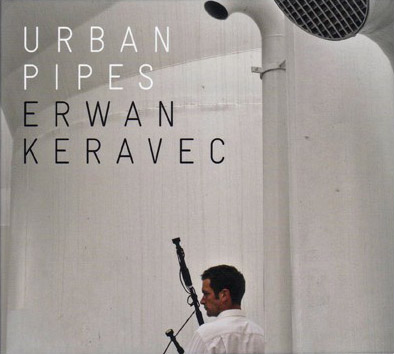 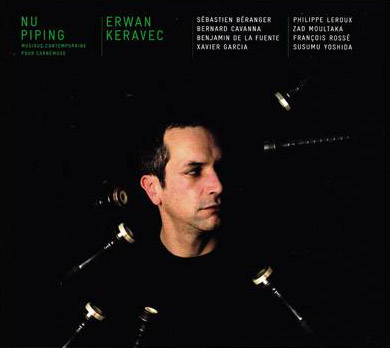 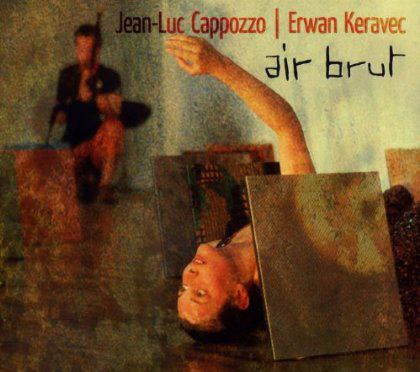 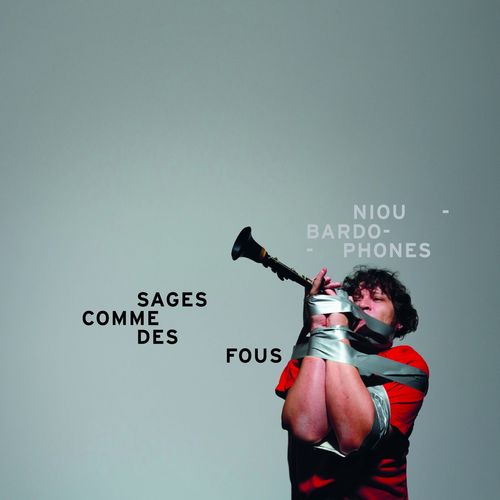 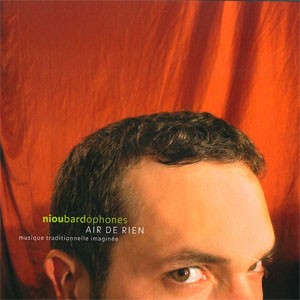 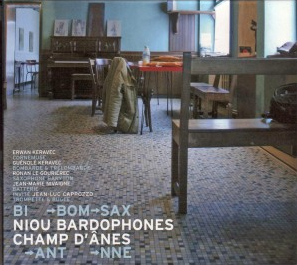 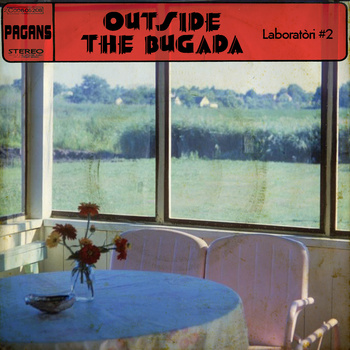 Erwan Keravec is a piper

Erwan Keravec is a highland bagpiper, composer and improviser. In seeking out the more unusual sounds, and ways of playing and listening to his instrument, far from its original cultural setting, he is exploring improvised music, free and ‘noise’ jazz, and establishing a repertoire of contemporary music for solo pipes, trio with solo voice and with choir. With an interest in movement and in settings associated with reinvention, he also writes, plays and improvises for dance.

Trained by luthier and piper Jorj Botuha, and tutored in the playing style and repertoire of Scottish bagpipes, Erwan Keravec made his debut in Lokoal Mendon’s Bagad Roñsed, and as a twosome with his brother Guénolé Keravec on the bombard. Starting in 1996, he explored free jazz and improvised music with La Marmite Infernale, the ARFI big band – Association a la Recherche d’un Folklore Imaginaire – (Coeff 116 – 1997). During his time with ARFI, he took part in the Guanabara programme (2005) and played in the Baron Samedi set-up. Alongside his exploits with the Niou Bardophones – a quartet comprising the bagpipe-bombard pairing, baritone sax and drum kit – and the release of albums Air de rien (2005), Champ d’âne (2008) and Sages comme des fous (2013), he jammed with trumpeter Jean-Luc Cappozzo (Air brut – 2010), and put his name to the album Outside the budaga (2010) with Romain Baudoin, Jerome Renault and Joan Francès Tisner.

In 2009, he met Basque singer Beñat Achiary, with whom he made Ametsa (2011). Since 2007, he has pursued his quest for a style of piping that’s removed from its original setting, with the projects Urban Pipes I (2007) and Urban Pipes II (2011), on which he wrote and improvised solo, with his brother Guénolé, and with Beñat Achiary. To make his intentions clear, he commissioned composers with absolutely no knowledge of bagpipes to write solo pieces for the instrument as part of the Nu Piping series (since 2011). So far, he has been behind 13 works for solo pipes, by Sébastien Bérenger, Bernard Cavanna, Benjamin de la Fuente, Xavier Garcia, Lars Kynde, Heiner Goebbels, Philippe Leroux, Zad Moultaka, François Rossé, François Sarhan, and Susumu Yoshida. For the Sonneurs quartet, comprising wind instruments from the Breton tradition (bagpipes, bombard, biniou-koz, and trélombarde), since 2015 he has been developing the repertoire with Pierre-Yves Macé, Wolfgang Mitterer, Samuel Sighicelli, Susumu Yoshida and Frédéric Aurier (for a 2019 piece with the quartet Béla).

At the same time, he has been working on the repertoire for VOX (since 2013), for bagpipes and voice (soprano and baritone) with Oscar Bianchi, Philippe Leroux, José-Manuel López López, and Oscar Strasnoy, which he’ll further expand in Extended VOX (2019) with Les Cris de Paris – a 24-piece choir led by Geoffroy Jourdain – featuring commissions by Bernhard Lang and Wolfgang Mitterer. He is also currently staging Blind (2015), a piece for four instrumentalists and a blindfolded audience, and leads the Revolutionary Birds project (2015) with Tunisian singer Mounir Troudi and percussionist Wassim Halal. In the more familiar territory of experimental music, he is collaborating with Swedish saxophonist Mats Gustafsson (Luft – 2015), imagining a meeting of their respective groups, Sonneurs and Fire!. He has also formed the trio White Sands with guitarist Julien Desprez and percussionist Will Guthrie (2019).

An accomplished virtuoso present on all fronts, Erwan Keravec brings to light the incredible capacities of his instrument as well as the subtle musical qualities that he has developed in order to bring them into play.
ResMusica (sept. 2013)

Erwan Keravec treats improvisation as a visual artist, as one would treat the blacks in a monochrome, through incisions, rhythm and ways to catch light.
Jazz Magazine (may 2011)

He plays music specially devised for his instrument –music of austere violence, at the same time grandiose, fundamentally modern and often radical, yet never cut off from its roots
Jazz Magazine (january 2009)